The Desert: Going Out is Really Going In 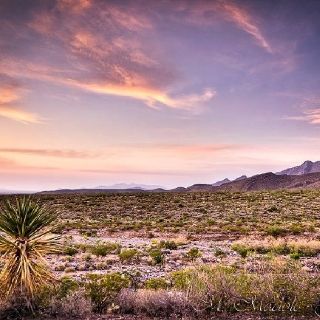 The Desert: Going Out is Really Going In

“The wilderness is not just a desert through which we wander

for forty years. It is a way of being”
(Lawrence Kushner)

When I first took up running, the desert was one block from our home and afforded a wonderful myriad of trails, twists, and turns.

What strikes most Easterners first about the Southwest desert is the absence of green. There are no trees, no grass. The color that stands out is brown. That is, until one comes to know the desert a little better. Then the desert takes on a certain quiet beauty uniquely its own. Others may talk of the beauty of the desert in bloom, truly spectacular. I am thinking, however, of the desert in all its brownness and barrenness. This stark facet to the desert’s personality has a certain dignified beauty about it.

Sadly, what could also be found in the nearby desert was a significant amount of trash. Not just your usual bits of plastic and aluminum. Within minutes of our house could be found sofas, mattresses, tires, mufflers, and a vast assortment of discarded building materials. It seems that people may treat the desert with the same reckless disregard as we treat the air and ocean. It is so big. What difference will a little trash make? Sadly, when hundreds take the same attitude, it makes quite a difference.

Towards the end of the film Forrest Gump, Forrest tells his wife of all the places he has run. He mentions with special fondness running in the desert at sunrise. That scene was moving for me because I understood. To see shadowy shrubs and ghostly mounds of sand gradually become illuminated with pink and orange, to smell early morning desert dampness, to spot a dashing road runner or jack rabbit — this is the stuff of wonder. At times, too, even in the arid Southwest, the desert blossoms. Cacti of many varieties as well as shrubs unknown on the East coast take on delicate short-lived blossoms. I treasured my runs through the desert, even in the midst of wind storms where the sand stings or in the midst of heat where suddenly one understands the thirst which the desert evokes.

But civilization has pushed the desert further and further from my home. The desert now begins several miles from my home. Where the desert began there are now churches, schools, a mall, stop-and-shop gas stations, a Pizza Hut and numerous other “cultural achievements”. We no longer have our house and cars regularly sand-blasted. Lizards are rare. Tumbleweeds are now crushed by car tires long before reaching our street. As I run through streets in the area, I can still spot the sunrise but not with the uninhibited vista of several years ago. Something within my spirit has gotten lost in the process.

To connect spirituality with nature is not a new thought. From Emerson and Thoreau to Dillard and Eiseley, we have had prophets who have pointed us back to nature to find a glimpse of God. The spiritual call of nature enjoyed a resurgence of sorts during the eighties thanks in part to the New Age movement. But the New Age movement tended to ignore the dark side of our relationship with nature. There is a tendency to attend to the benefits without also looking within to discern our own sinfulness in our relationship with nature.

We all have within our own dark side a desire to dominate, to control. This shadowy power can be felt as we chop down trees or chase animals. It is in evidence if we carelessly flip a match or cigarette butt into dry underbrush. It is apparent when we dump trash in the desert.

Our shadowy treatment of the desert is especially sad since it is such a potent spiritual place. Many of the great spiritual struggles of the Bible occur in the desert such that the desert is often invoked as an image for a time of spiritual wandering. When we wander in the desert spiritually, we may feel lost, we may even be lost. But we wander with a certain element of hope that eventually we will find our way out. And when we do, we may be surprised to find ourselves changed or at least ready to change. Terry Tempest Williams expresses this thought most clearly: ” . . .every pilgrimage to the desert is a pilgrimage to the self. There is no place to hide and so we are found.”

Once I went on a solitary run into the desert and got lost! I took a turn that I thought would cycle back toward my house. But direction in the desert is deceiving and I realized at one point that I was moving further away from the water tower in the distance rather than closer. What started out to be a four mile run turned into nine miles and extended into the later part of the morning and, therefore, midday heat. I have to admit that, as I tried to find my way back to civilization, I was inundated with all sorts of images from movies and cartoons of French Foreign Legionnaires crawling through the sand dying of thirst. Fortunately, I did get out of the desert although, sunburned and dehydrated.

Metaphorically, this particular run stands as a warning regarding the spiritual journey. One should not run blindly into the realm of spiritual experience and particularly the realm of doubt. We need to approach the spiritual dimension respectfully and with full awareness that, if we take that realm for granted, we can be consumed by it. Yet at the same time, a vibrant spiritual life is not meant to be always comfortable. There are moments of doubt, moments of darkness, times of feeling lost. The spiritual experience of the desert, pursued respectfully, is a key element. Perhaps my foolish desert run was preferable to settling for the known and comfortable. I like to think so. I have run in the desert since then. I am just a little more careful.

My fellow human beings appear to be continuing with their invasion of the desert, pushing it further and further East. In the same way, we continue to push forest and wildernesses further and further away. This disrespect and corruption of power is bound to backfire much as my foolish desert run did. And in that corrupting, something profound will be lost.

One morning my run took me along a street where the desert used to be. It is now paved and lined with warehouses. But in the shadows I saw a jackrabbit! Perhaps the jackrabbit and his desert are waiting, waiting until we curious creatures self-destruct and return the desert to its natives. It may yet be time enough to learn to share what is left of the desert with those who already live there and to simply be grateful when those creatures allow us in as we seek the Spirit.

I am a clinical psychologist and have an abiding interest in matters spiritual.
View all posts by richp45198 →
This entry was posted in psychology, spirituality and tagged desert, doubting, Lawrence Kushner, spirituality, Terry Tempest Williams. Bookmark the permalink.

3 Responses to The Desert: Going Out is Really Going In

The Art of Blogging

Little flecks of inspiration and creativity

THE BEST OF POETRY