On Finding God through Baseball 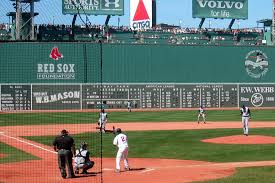 I have been reading an interesting book titled Baseball as a Road to God by John Sexton. Dr. Sexton (who also happens to be president of NYU) has been teaching a popular seminar of the same name for some years. In stressing that his course is not intended to provide the road to God, Sexton notes “Over the years, I became very interested in helping the students develop their capacity for contemplation, sensitivity, awareness, and mystical intensity. Baseball, it turns out, is a wonderful laboratory.” (p. 7) He also notes that “Baseball evokes in the life of its faithful features we associate with the spiritual life: faith and doubt, conversion, blessings and curses, miracles, and so on. For some, baseball really is a road to God.” (p. 7)

Sexton’s book is quite interesting and his passion for baseball a delight. He is not, however, the first person to articulate the spiritual dimensions of baseball.

Poets such as Rolf Humphries and writers such as John Updike have articulated the timeless spiritual dimensions of baseball as well as the drama. Nothing captures the spirit of carpe diem for me better than the closing lines of Humphries’ poem “Polo Grounds”: “Time is of the essence/The crowd and players are the same age always/But the man in the crowd he’s older every season/Come on! Play ball!”

For his part, Updike gave us what many consider to be the finest baseball essay with “Hub Fans Bid Kid Adieu” in which he relates in poetic terms Ted Williams’ final at bat

“Like a feather caught in a vortex, Williams ran around the square of bases at the center of our beseeching screaming. He ran as he always ran out home runs—hurriedly, unsmiling, head down, as if our praise were a storm of rain to get out of. He didn’t tip his cap. Though we thumped, wept, and chanted “We want Ted” for minutes after he hid in the dugout, he did not come back. Our noise for some seconds passed beyond excitement into a kind of immense open anguish, a wailing, a cry to be saved. But immortality is nontransferable. The papers said that the other players, and even the umpires on the field, begged him to come out and acknowledge us in some way, but he never had and did not now. Gods do not answer letters.” (New Yorker, October 22, 1960)

Baseball has been a frequent companion on my own spiritual journey. It helped me recover enthusiasm and passion, both spiritual qualities. It has given me two more Sacred Places, namely Wrigley Field and, of course, Fenway Park, home of my Redsox.

At several points, Sexton quotes Abraham Joshua Heschel about whom I have previously written. Heschel beautifully articulates the significance of wonder, that experience of the ineffable which leaves the shore of words behind. Baseball has blessed me with many wondrous experiences. I was struck with wonder years ago when Bill Mazeroski won the Series with his Game 7 home run against the hated Yankees. There have been many more since then. Carlton Fisk’s pole-hitting homer in Game 6 of the 1975 Series; Cal Ripken’s triumphant jog around Camden Yards after surpassing Lou Gehrig’s consecutive game streak; Dave Roberts and “The Steal”; even Yankee Derek Jeter and “The Flip” (Yes, even a Yankee can strike me speechless!)

Baseball, too, has given me heroes, men whom I admired in part for their skill but, even moreso, because these heroes overcame adversity to play ball. Thus, I have long admired Red Schoendienst about whom I have written here and Jimmy Piersall who battled bipolar disorder. I admire those whose baseball careers suffered but who then became Wounded Healers who reached out to others. Brothers in recovery such as Ryne Duren and Don Newcombe, even Angels outfielder Josh Hamilton, earn my admiration. So, too, does Cool Papa Bell, who fought discrimination to become one of the greatest players in the Negro Leagues, a man so fast that he would turn out the light and be in bed before the light went out!

Baseball is too slow for some. It is a game of symmetry and rhythms. We sometimes get frustrated with its deliberate nature. Baseball takes its time. So, too, does God. And the goal of baseball is truly a spiritual one to which we all aspire. If you have ever spent time with a terminally ill person, you may have heard them say “I’m going home”. George Carlin is right. The goal of baseball is to be “safe at home”. So too is the goal of the game of life for any spiritual person who believes in an afterlife.

I suppose there are others who can find God anywhere and everywhere. Some might see God in basketball or football or soccer. Hope is found in the ineffable reality that God indeed can be found in unexpected places. For me, He/She is found on the baseball diamond.

Reflections: 1. Have you found God in unexpected places?

Reading: Baseball as a Road to God by John Sexton

Further Viewing: There are many baseball movies out there. Ones that capture spiritual issues include The Natural and the little known Pastime

You might also enjoy George Carlin’s classic routine on baseball and football, available at https://www.youtube.com/watch?v=qmXacL0Uny0

I am a clinical psychologist and have an abiding interest in matters spiritual.
View all posts by richp45198 →
This entry was posted in spirituality and tagged Abraham Joshua Heschel, baseball, Jimmy Piersall, John Sexton, John Updike, Rolf Humphries, Ted Williams. Bookmark the permalink.

3 Responses to On Finding God through Baseball

The Blog of Author Steven Colborne

The Art of Blogging
CounterNarration